A downloadable game for Windows

you control a main unit, that can build other units, you gain resources, through waiting by time. or through killing creeps.

goal is simple, gain money >> Make an army >> kill all of your enemy units >>you win.

you can find the entire source code over here.

Instructions to play: UnZip, and meet up with someone and play.

you can find me on discord, add me and we can play.

since this is a multiplayer game, feel free to join my discord server or add me directly so we can play together.

Notes: V3 was made out of the period of the jam, it contains quite a bit of bug fixes.

(the bugs in V2 would probably, make it very hard to play).

1.NPCs now do show up on the Client side of things

2.fixed the bug of player not receiving cash when killing NPCs.

3.fixed the bug of the player, that lost the unit receiving the money instead of the one that killed the unit.

4.tank 102 now, should have its gun rotating properly when its firing.

5.fixed the bug, where the tank 102 would simply keep shooting, and stay focused on the unit it is shooting, even after that unit has been killed.

6.unused fixed animations, which were interfering with the rotation sync(rotation, should now sync). 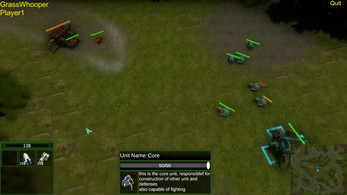 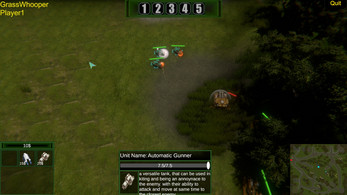 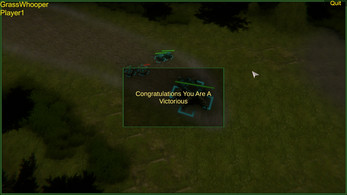 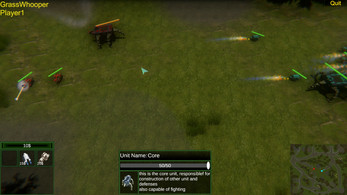 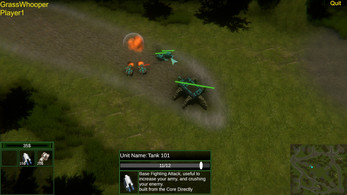